Back KW New Braunfel ❯ Blog ❯ From Oktoberfest to...

New Braunfels is home to one of the most recognized Oktoberfest celebrations in the nation: Wurstfest. For decades, locals have taken pride in showing off the best of the best German food and drink to hundreds of thousands of visitors. With this year's Wurstfest coming up, we thought we could shed some light on how the festival came about, the roots of Oktoberfest, and how New Braunfels became a staple for Texas German culture over the years. They say everything is bigger in Texas, but this festival has the capability to make the world just a little smaller and connect us with our old European counterparts.

What is Oktoberfest? How did it come about and why is there SO MUCH BEER? 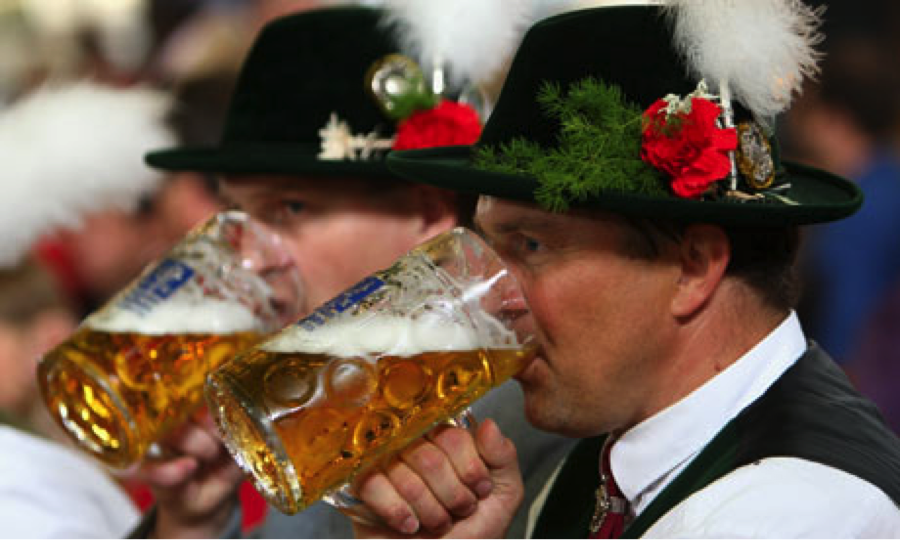 Oktoberfest is a massive party that was birthed out of an event that took place in 1810. The Bavarian Crown Prince Ludwig married Princess Therese von Sachsen-Hildburghausen (if German names and phrases make you chuckle, keep reading) and they invited all of the citizens to celebrate. A citywide celebration was good for citizen morale, and they ended up making it an annual thing. It is an important part of Bavarian culture. 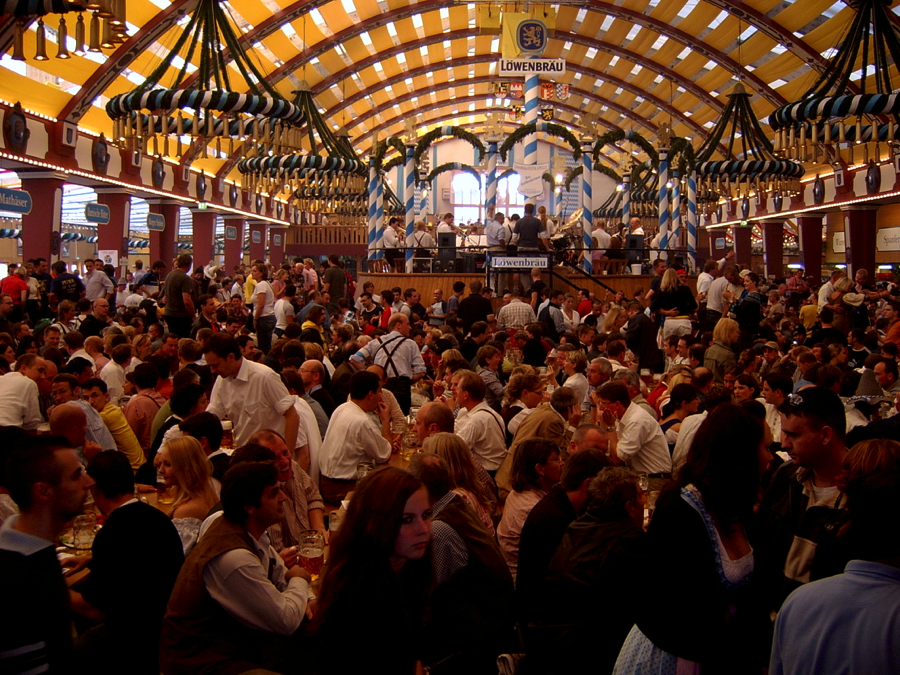 Munich beer is the only beer allowed at the proper Oktoberfest, and all six breweries that participate brew within the city limits (Hofbräuhaus München, Spaten-Franziskaner-Bräu, Paulaner Bräu, Löwenbräu, Hacker-Pschorr Bräu and Augustiner Bräu).

The beer is traditionally brewed in March for special brewing purposes, and also requires the beer to be higher in alcohol content to last through the summer. Since Oktoberfest beer is higher in ABV than normal German lagers (around 6.0%), patrons have to be keeping tabs on how much they are consuming. Only the wise and tolerant survive, while others will end up drunk as a skunk on the streets and are given the traditional name Bierliechen, which translates to “Beer Corpses.”

The festival officially begins when the mayor taps the first keg and announces “O’ zapft is!” which means “It’s tapped!” and you grab a stein of delicious beer, clink glasses with your mates and say “Prost!” - a German toast. 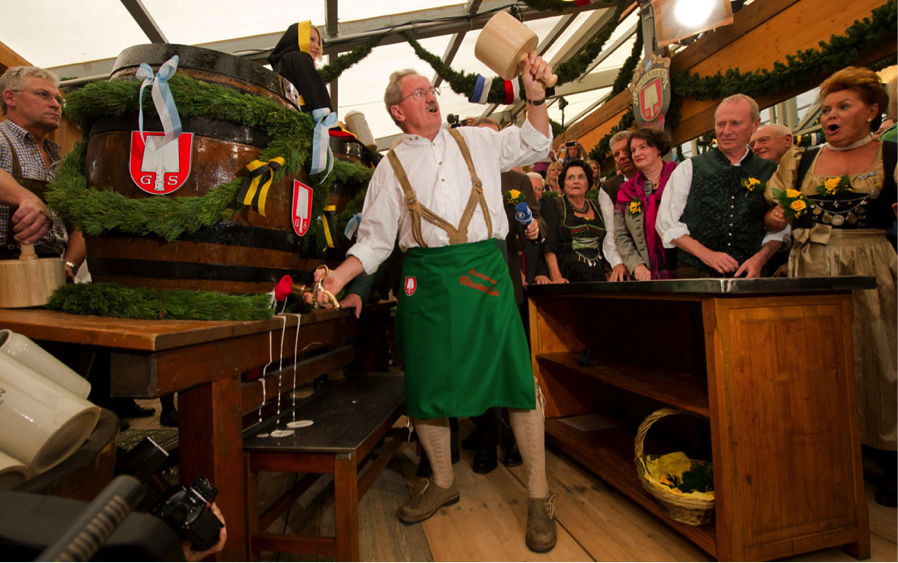 When the Germans were colonizing in America, central Texas was a hot destination and provided all the necessities to set up new towns. When German travelers were away during Oktoberfest, they didn’t worry. Eventually, the party would come to them. As a nod to that idea, Wurstfest was born. 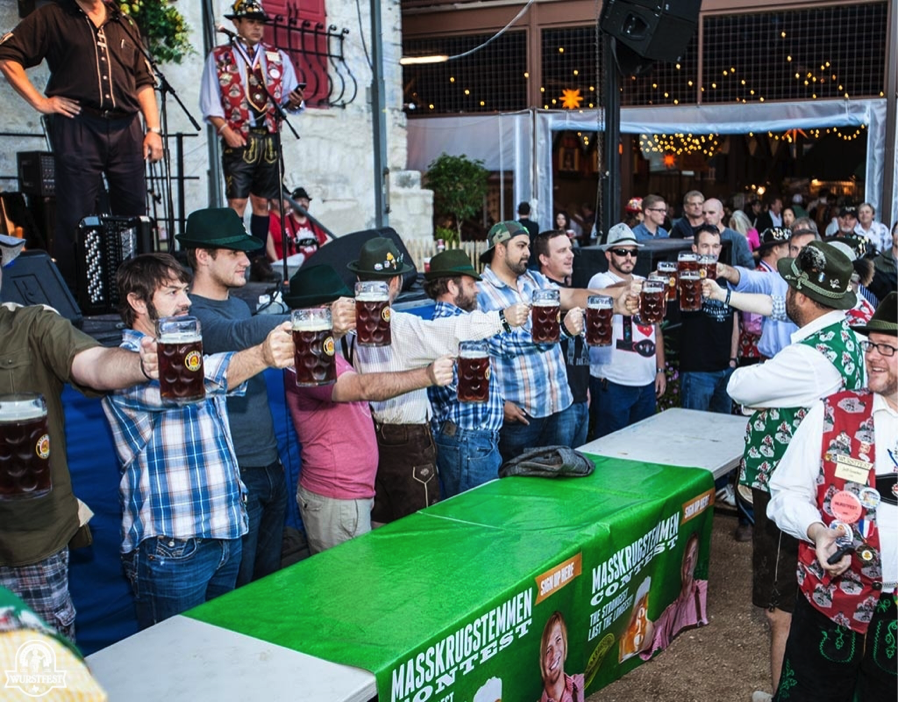 Wurstfest began in 1961 to celebrate the local foods of New Braunfels, much of which was German (did you know some households in the area still speak German?). By 1978, it was known as one of the top attractions to attend over the holidays in the entire world. Almost a decade later, it is rated in the Top 100 events happening in North America. In 2006, ABC’s Good Morning America broadcasted live from the event, and 3000 locals participated in the fun.  As a result, in 2009 the festival hit record numbers in attendance (some reports say attendance is now around 100,000 annually). And, although we welcome tourists in NB, please, mind your manners while you are here!  (For tips, check out our "Letter to NB tourists" blog!)

For its 50th anniversary, New Braunfels honored Graf Johannes von Oppersdorf, a direct descendant of Prince Solms (who was the leader in establishing German colonies in Texas and founder of New Braunfels). Boy, we sure are glad they decided to set up here in Texas! This nearly two-week festival has sparked a fire in residents to dive into the culture which founded the town, and has made the “off season” in New Braunfels filled with more fun, more amazing beer, and (believe it or not) more polka. 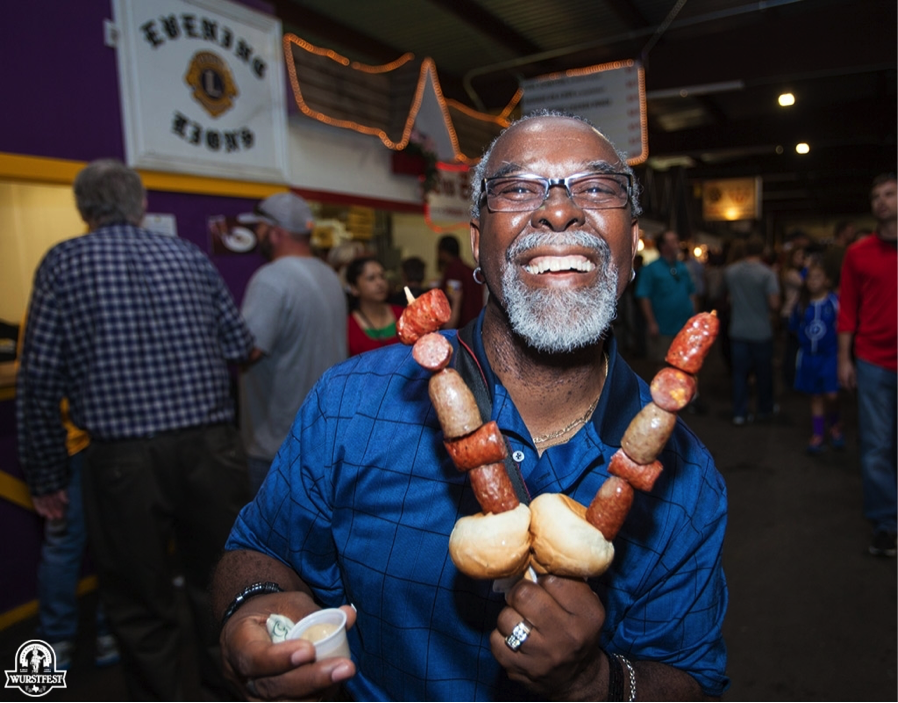 USA Today has rated Wurstfest as the second of the ten best Oktoberfest celebrations in America and it has tried its best to blend both the traditional Munich festival and the unique Texas colony ways that have grown over the years. Our advice to any newcomers is this: be willing to experiment. Drink a new beer, try some new food, and put on some lederhosen!

Walking through the gates and seeing all there is to do can be overwhelming, so rest in the fact that you can always return the next day. Different events are happening every day, and there will be more music than you can handle. 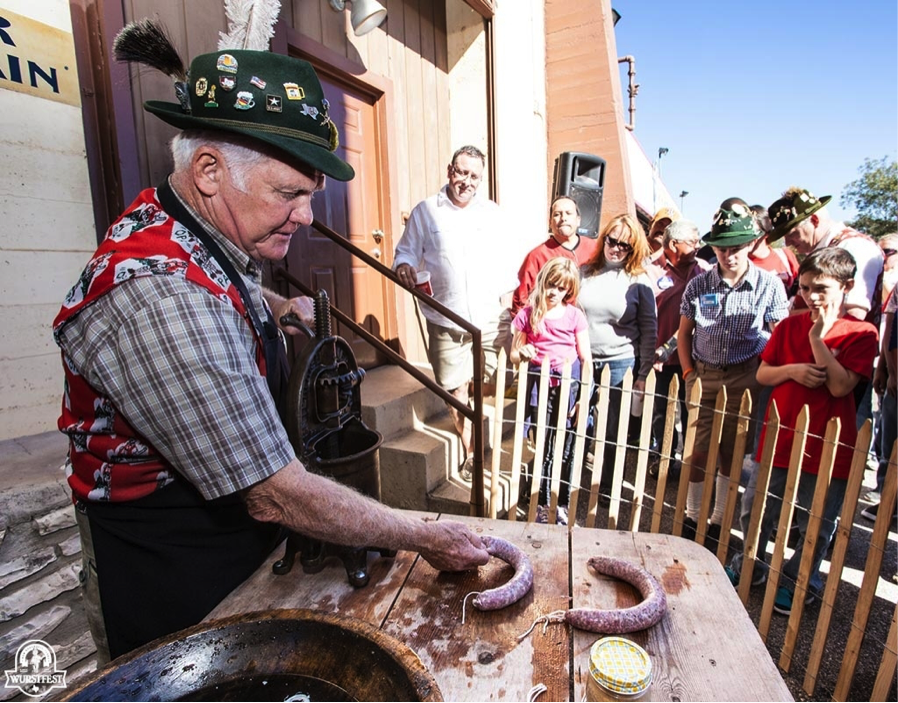 As we get ready for the most lively ten days of the New Braunfels year, there is one question to be asked: Sprechen Sie Fun?