Back KW New Braunfel ❯ Blog ❯ Here’s What You Can Get in...

But what do these numbers actually mean if they aren’t compared to other averages? Do they matter if we don’t know what we are comparing them against? If we don’t know the average IQ of anything but a Yale grad, would it matter? The same could be asked of average housing numbers. The average price of a home in New Braunfels is $254,370...but unless we take a look at what other cities’ averages are, we may not fully understand what that really means.

You see, the cost of buying a home in this popular San Antonio/Austin suburb may seem steep to some, especially compared to what it was a few years ago, but when you look at it, folks in New Braunfels pay significantly less for a home when compared to other major US metropolitan areas. And yet, even with growth and demand, New Braunfels still manages to maintain one of the lowest “average” priced housing markets amongst some of the most popular suburbs in the US.

To get a good idea how our “average” housing price relates to some of those other cities, we’ve compared “average” priced houses in the San Jose, Boston, Denver, and Atlanta metros to similarly priced homes in New Braunfels. Think New Braunfels is expensive? You may change your mind after you see these housing prices!

At the top of the hypothetical “extremely high average price” list is this Silicon Valley suburb. Like New Braunfels, this city is right in between two major cities: San Francisco and San Jose. The San Jose area is notable for its affluence and high cost of living, and, in fact, the average house prices in the area are among the highest in the country- a whopping $970,000. For around that price you can get this 3 bedroom, 1 bath, 1,110 square foot home, built in 1956. The asking price? A handsome $888,000- or $800 a square foot. 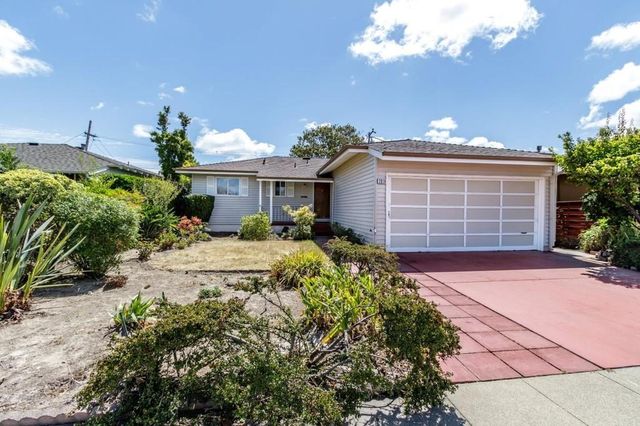 Curious to know what a comparable will get you in New Braunfels? In our river town, $888,000 will get you a fully renovated executive estate. This home at 1660 Isaac Creek Cir boasts of Savannah Oak floors, honed granite, and quartzite counters, along with a chef’s kitchen (complete with a wine fridge, built in TV, and massive custom island). Aside from the main living area, the gorgeous coffered ceilings and spa-like bath with high-end finishes make the master special.  Along with all that you’ll get 4 bedrooms, 3 full baths and 1 half bath spread out over 4,806 sq. feet. At $172 per sq. ft., this home is quite a steal- especially compared to our other “average” priced homes! 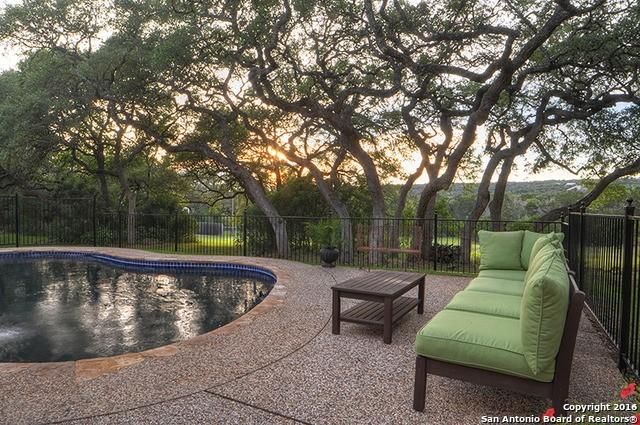 It’s no secret that Boston is expensive. In fact, it has been called one of the most expensive places to live, offering mainly tiny, cramped apartments that run almost $1 million. But surprisingly enough, even the suburbs of Boston are expensive! With an average price of a home in Boston and the surrounding areas coming in at $535,000, it may not surprise you how little that kind of money actually gets you.

At $237 per square foot ($549,000), this dated 1960’s home provides 4 bedrooms and 2.5 bathrooms spread out over 2,318 square feet. A steal for the greater Boston real estate market, the home is located in Southborough, MA, a town located just between Boston and the state’s second-largest city, Worcester. Known as one of the more "affordable" communities in the area, finding a home like this one may be common in this town, but don't expect to find it in many others! 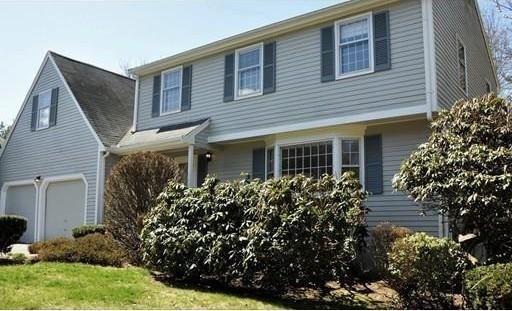 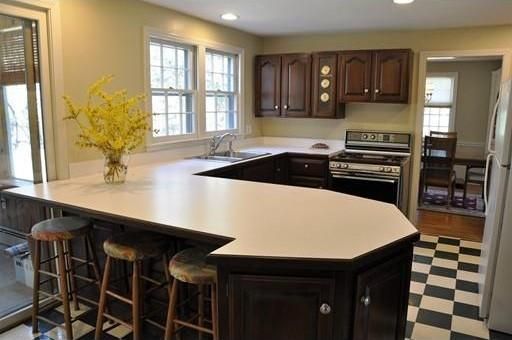 Considered a “luxury” home in New Braunfels, this Vintage Oaks property at 2158 Appellation also costs a little over half a million dollars. The difference?  You will live the luxurious country lifestyle in this three bedroom, three-bathroom, open-concept home. Relax in your master retreat, which includes a luxurious bathroom, walk-in closet, and laundry room. Watch the sunset off your front porch or gaze at the mature oak trees. With nearly 3,500 square feet, the home offers plenty of space. As a bonus, the property includes over an acre of land; pretty amazing considering the price per square foot is only $161! 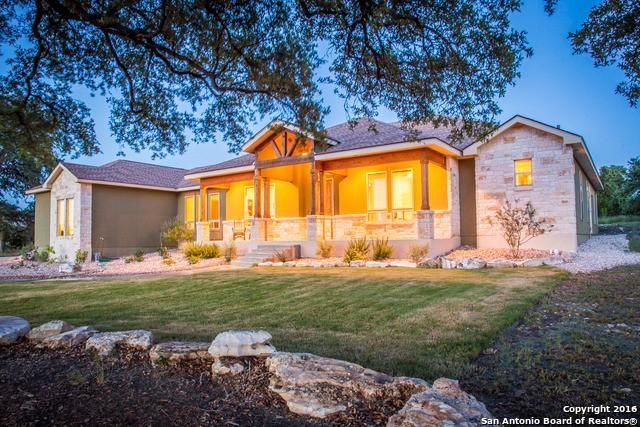 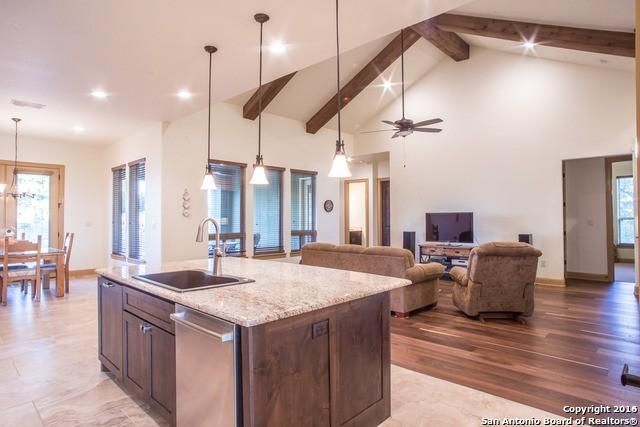 In Denver, the average price of a home is $485,000. For that price, you can get this 4 bedroom home, circa 2005. Much larger than homes you would find at this price closer to Denver, this home is located in the suburb of Castle Rock. Right between Denver and Colorado Springs, this community is just half an hour to either. 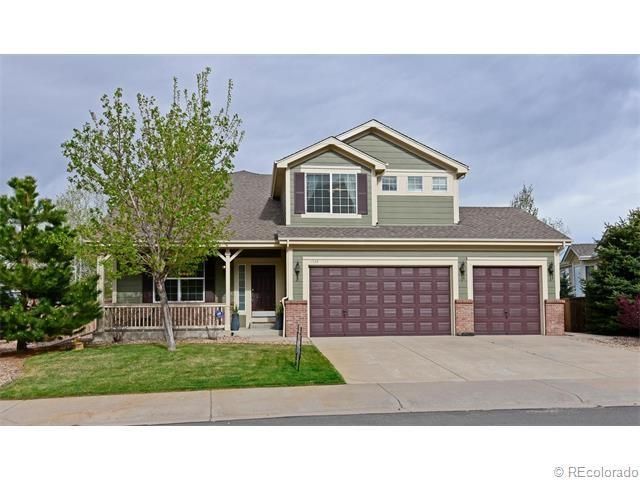 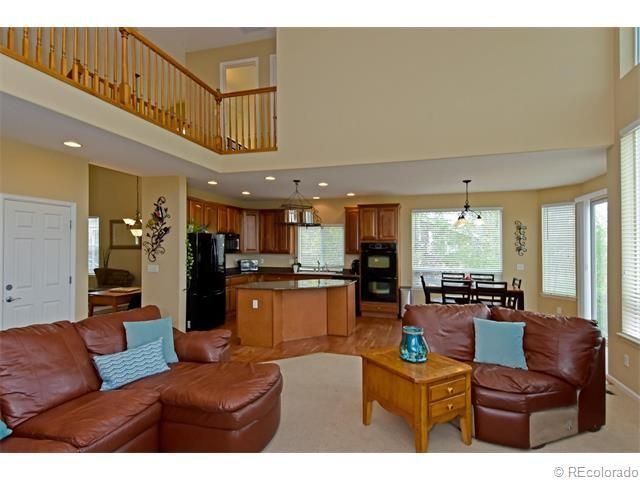 Meanwhile, in New Braunfels, an even lower price of $469,000 will get you this 3,435 home at 123 River Star Dr. Set in Texas Country Estates, this 4-bedroom, 4-full-bath,  2-half-bath home is priced at just $137 a square foot. For that price you get a media room, study, granite counter tops, stunning cabinetry, and a fantastic patio. 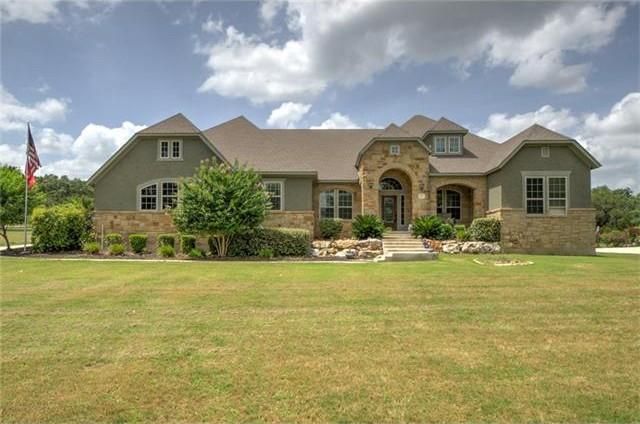 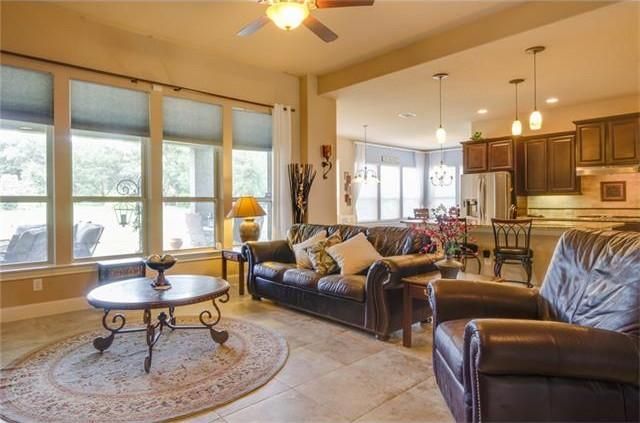 A bit closer to our NB average price, the average Atlanta area home will run you about $275,000. For that price, you could purchase this 1965, recently renovated home in Doraville, a tiny suburb located 12 miles northeast of Atlanta. With 2,024 square feet set atop nearly half an acre, this home features abundant natural light, hardwood floors, a new kitchen, and refurbished bathrooms. Because Doraville is not a hugely sought after area, this home is very well priced for the Atlanta area market. At $136 per square foot, this “average” priced home would place high on the New Braunfels affordability list. 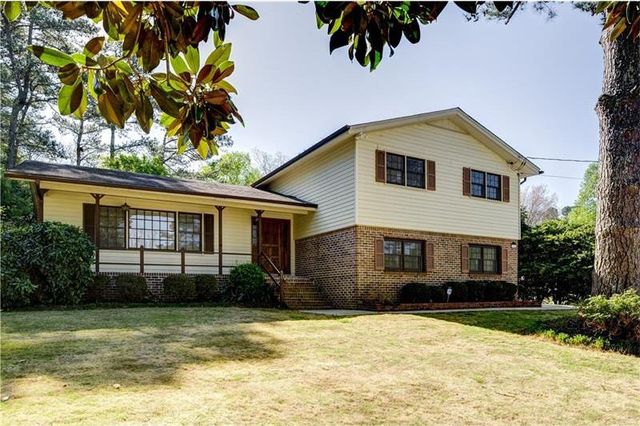 Since the $275k range is pretty common to see in New Braunfels, it will come as no surprise that this home at 853 Madison Ave is for sale for $265,000. Located in Rivermill Crossing, this home offers 3 bedrooms and 2 baths. You’ll pay $131 per square foot and you’ll get about the same square footage as the home in Doraville, plus an office and a three-ca garage. 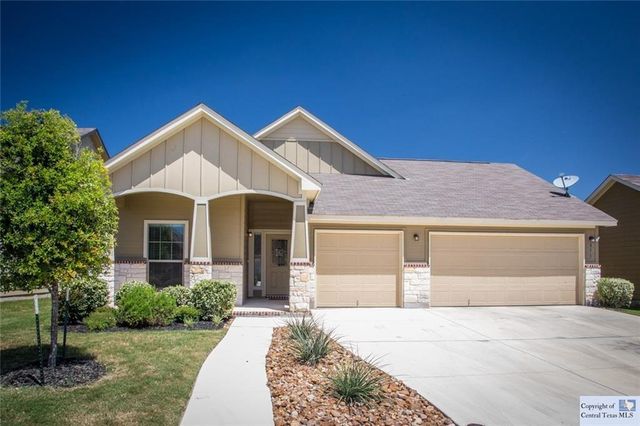 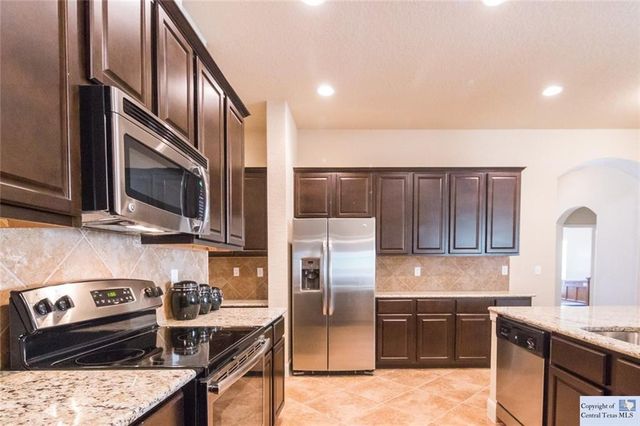 So, what can you get for the “average” New Braunfels home price? For around $254k or less you could get this: 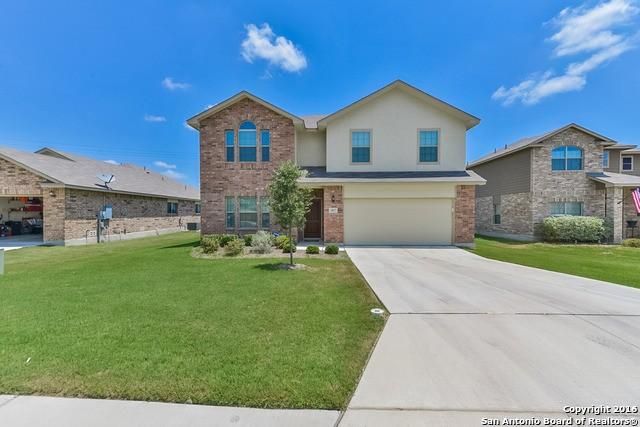 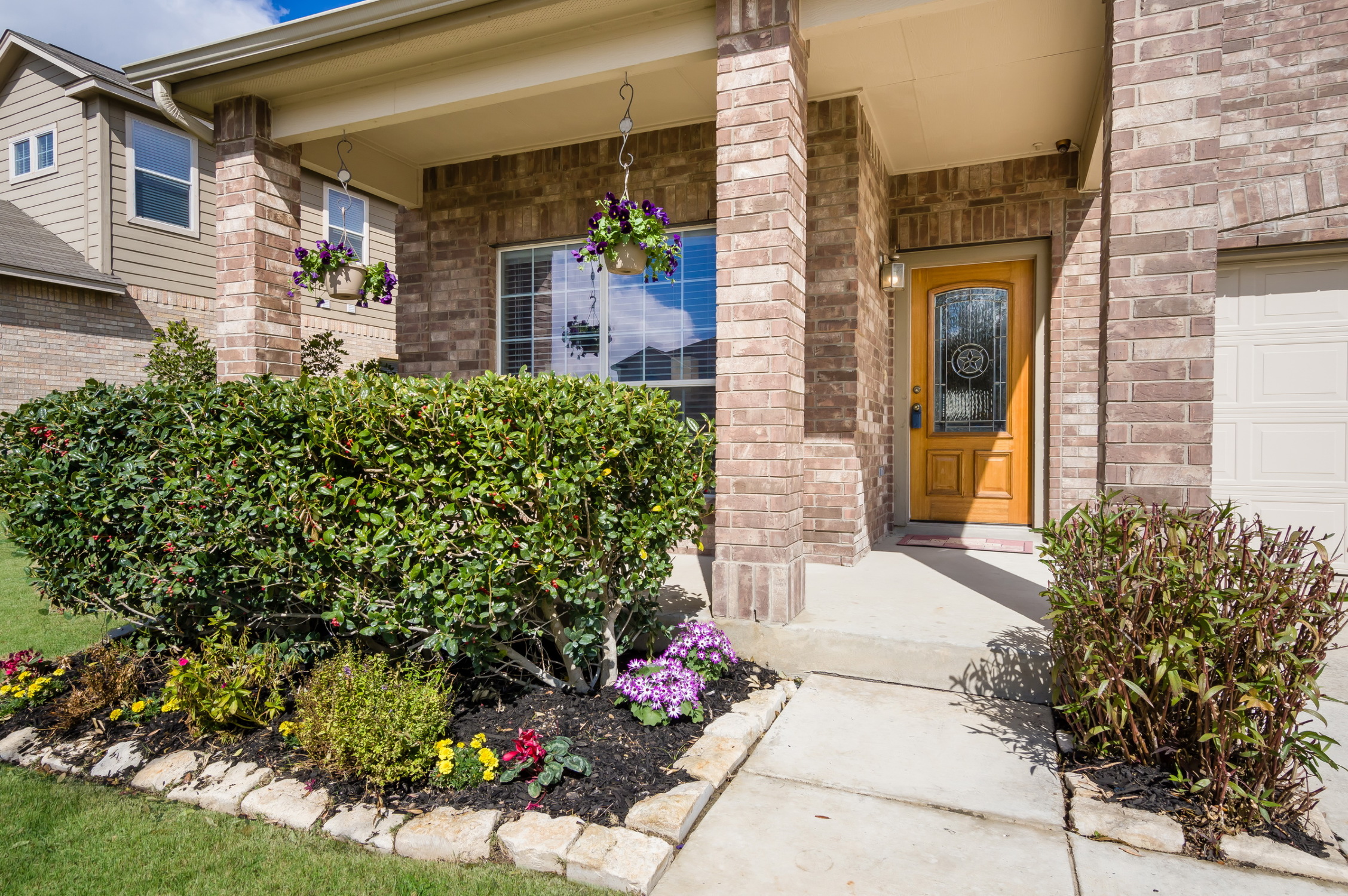 Yep, we are feeling pretty lucky to live in a city that offers affordable real estate! How about you?

New Braunfels New Construction Neighborhoods That Should Be on Your Radar