For many, New Braunfels is known simply as, “that little town right before San Antonio”. You know the one: if you blink, you just might miss the appropriate exit and “New Braunfels” sign on your way down I-35. Others know it purely as the home of Würstfest and the belovedly quirky New Braunfels Unicorns. Whatever the reason, most Texans have heard of New Braunfels...but do they really have an accurate picture of this German-flavored town? For a relatively small town just skirting San Antonio’s burgeoning metropolis, New Braunfels is far from a typical suburb. In fact, it’s best described as the best of both worlds: a delightful fusion of Austin’s novelty and the Hill Country’s welcoming charm. 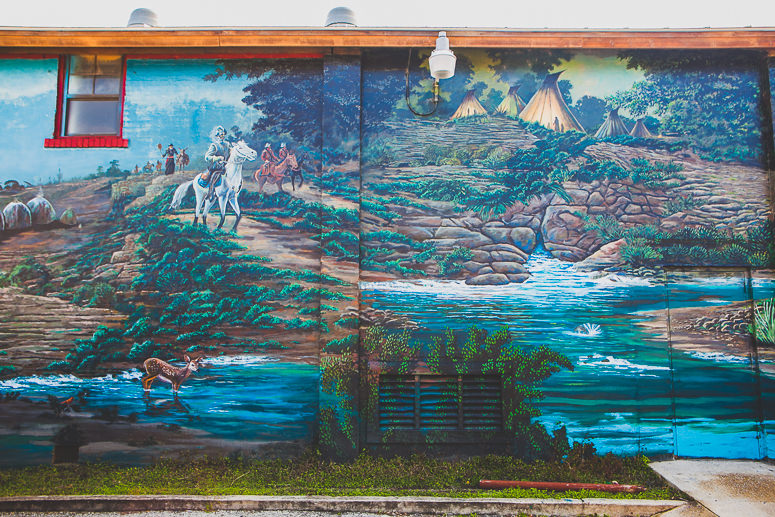 So what exactly IS the general demographic of New Braunfels? Whereas many Hill Country towns are made up of an aging, retiree population (and for good reason...the Hill Country is a great place to downsize and settle down!), New Braunfels is actively breaking the gray-haired mold. According to recent studies, the San Antonio-New Braunfels metro area has one of the fastest growing young populations in the country. In part, this increasingly young population is due to a close proximity to Texas State University...an educational institution that has been seeing record growth in recent years. Only a 15-minute commute from San Marcos, New Braunfels has been seeing an influx of students looking for accessible, affordable housing. Besides college students, this youthful demographic also consists of young professionals and young families looking to settle in a quiet, but still “happening” location.

We’re not sure if the young population has been driving growth or the other way around...did the hip coffee shop come before the hipster? All we know is that New Braunfels made it onto Movoto’s Top 10 list of “Most Exciting Places in Texas”. The article reads, “It’s smaller than most of our other places, at a comfortable 57,740, but still brings all the excitement in a big way.” We couldn’t agree more! From the diverse music scene to some Instagram-worthy meals, several factors contribute to New Braunfels’ unique spirit. 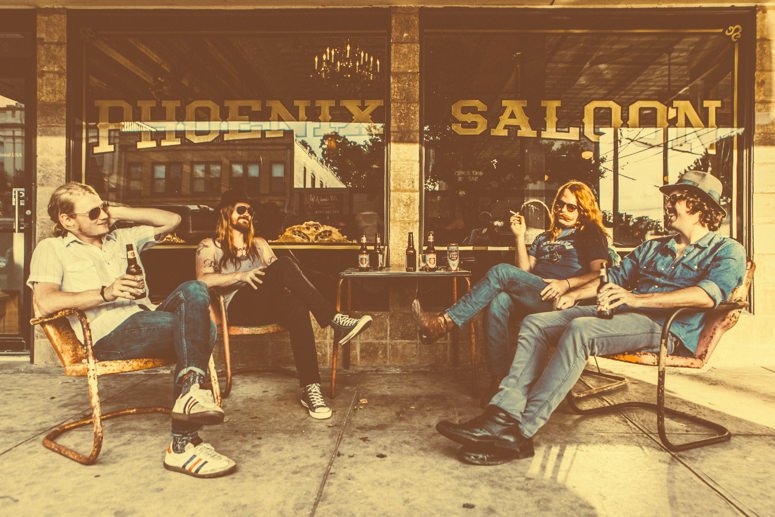 Think Austin has the monopoly on the Texas art and music scene? Think again! While New Braunfels’ proximity to the classically “weird” city has certainly influenced its cultural arts realm, this city has a flavor all its own. First off, Gruene Hall hails as the original Texas music venue --and still retains the title of “oldest dancehall in Texas.” A one-of-a-kind concert and two-stepping venue, Gruene Hall has roped in plenty big-name artists, from George Strait to the Dixie Chicks. The Hill Country landscape and musical heritage have also carried over to local bands like Bird Dog (bluegrass and Americana) and Go to Stereo (indie, heavy-handed acoustic). We’ve heard it from a few locals that the New Braunfels music scene tends to be relaxed and authentic, mostly comprised of generously talented musicians tired of the relentless Austin music scene. Events like “Art Haus at Pour Haus” also showcase a myriad of local artistic talent, from sculpture to painting, while active venues like Circle Arts and Brauntex Theatres show off the town’s acting chops. 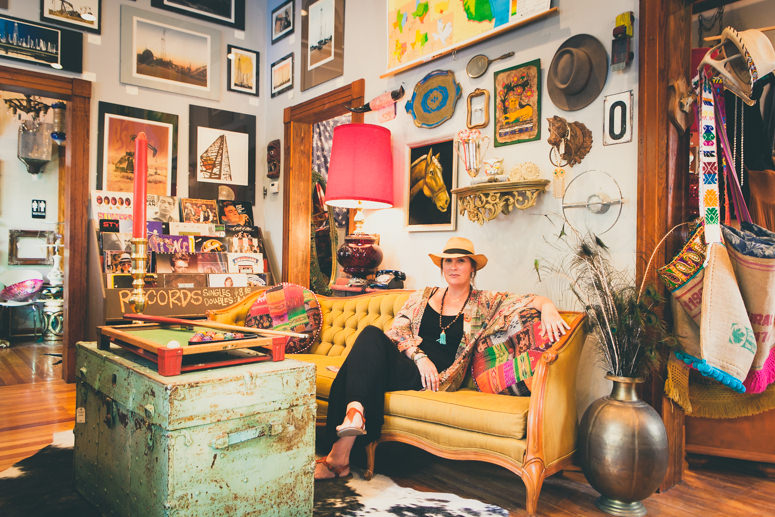 As we all know, a small town is only as good as its small businesses. If you really want to capture the pulse and lifeblood of a town, just look at who is setting up shop. In fact, a recent poll cited that having locally owned businesses is the #1 factor in establishing a strong community! From Main Street to the world on online shopping, New Braunfels is home to plenty of forward-thinking small businesses. We’re particularly impressed by a few young, creative entrepreneurs who are pouring passion and energy into the local small business scene. Local store owner Kat Kyle Balmos founded Lot 59, an eclectic mix of vintage and current clothing and accessories. Shauna Hursh, a local clothing designer, founded a successful fashion label called Poor Pitiful Pearl, which sells in boutiques across the country. These are just a few of the invested young people who dared to be different (and a little trendy) in a world of shabby-chic antiques. 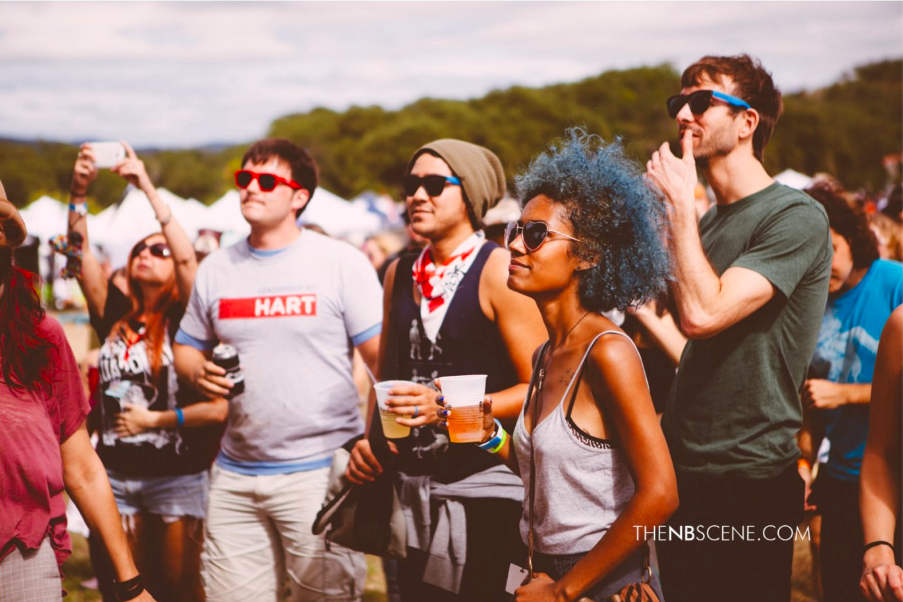 Small Texas towns are known for their festivals, and New Braunfels is no different. But while many Hill Country festivals focus purely on produce or historical celebrations (Poteet’s incredible Strawberry Festival, anyone?), New Braunfels puts its own spin on the classic Hill Country festival. Besides classic, nostalgic celebrations like  Quiltfest and the  Texas Woodcarvers Guild, city-wide parties and concerts like  Folkfest, Gospel Brunch, and  Utopiafest have become favorites among the younger crowd. No matter your age, interests, or bedtime, New Braunfels probably hosts a festival perfect for you and your crowd. In the end, all we can say is: New Braunfels certainly know how to have a dang good time celebrating anything (and we really do mean anything). Foodies, music snobs, and Instagrammers rejoice at the creativity and celebrations hosted by this town.

Image Courtesy of The Knot

While many Hill Country towns are host to classic restaurants, adorable diners, and the sacred art of BBQ, New Braunfels’ food culture is a bit different...and we really aren’t that surprised. Considering New Braunfels is directly between San Antonio and Austin (two cities decidedly passionate about good eats), the local fare is anything but the usual small town food. From the famously charming atmosphere and incredible food at The Gristmill to the craft brews and atypical pub fare of Faust Brewing Co, New Braunfels has certainly put its name on the local foodie map. If you still don’t believe us, try the top-notch seafood at McAdoo’s, located in a repurposed turn-of-the-century post office! 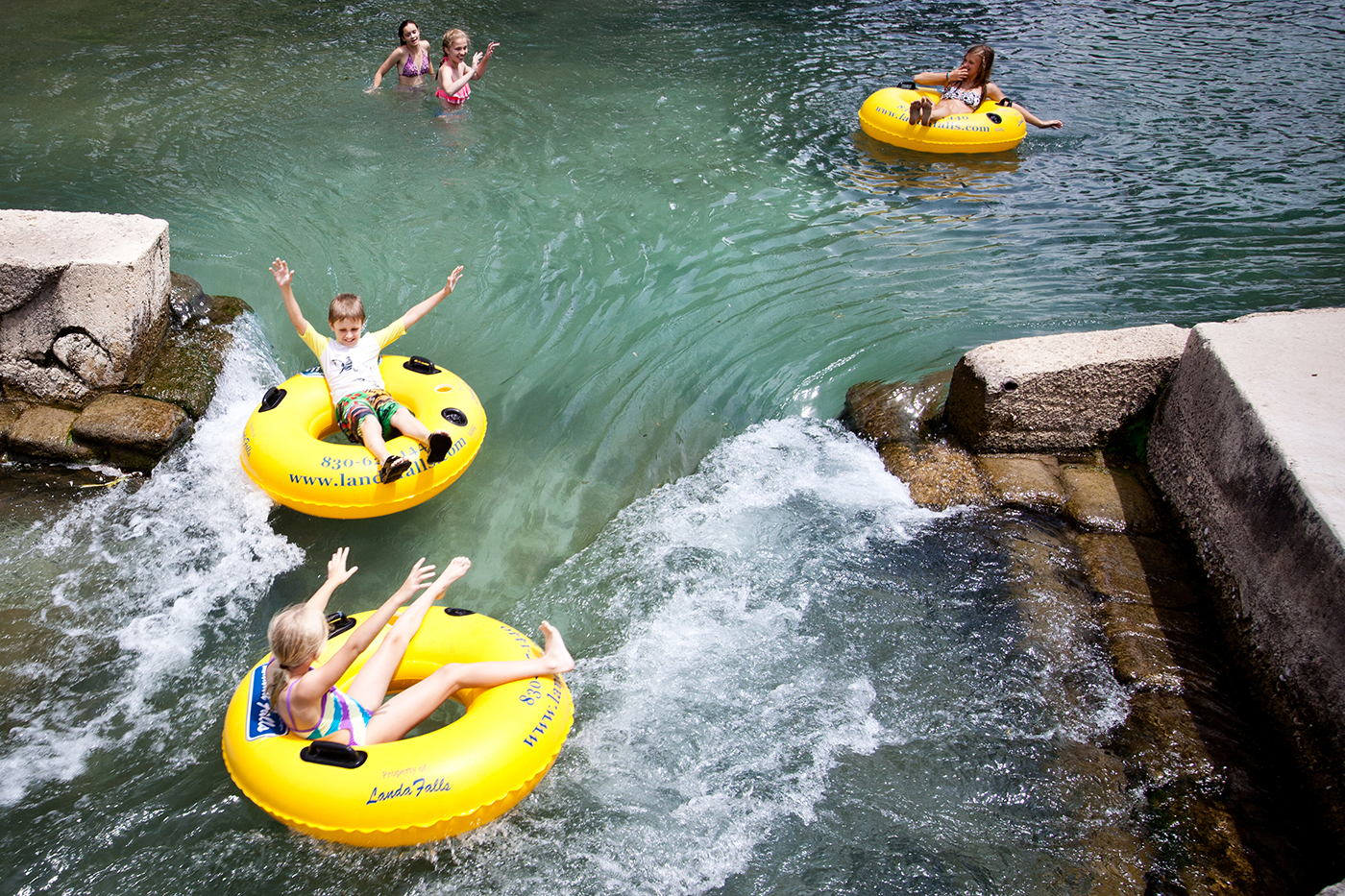 If there’s one thing millennials love, it’s outdoor adventure. Recent studies have shown that young people are increasingly on the hunt for unique adventures...and what better place to play than in New Braunfels? Located at the crossroads of the crystal-clear waters Comal and the ever-popular Guadalupe, New Braunfels has become a hub of aqua-adventure and general outdoorsiness. The local landscape is the famous host of camping trips, tubing, kayaking, stand up paddle boarding, swimming, fishing, and so much more. Gorgeous, well-maintained trails and parks allow for biking, hiking, and picnicking. Texas Ski Ranch and Schlitterbahn add another, more hyped sense of adventure for those looking for a change from the same old river scene. On any given Summer afternoon, New Braunfels is a sort of Texan utopia: inviting, refreshing, and ready to carry you down the river with a Yeti full of Shiner.

While its location between San Antonio and Austin has helped shape and mold the town’s unique culture, New Braunfels is a unique city in its own right. After all...it’s the people who make the town, right? The unique spirit of New Braunfels is the overflow of a unique population. The local residents are creative, innovative, and incredibly invested in making New Braunfels a place to call home!

Ready to make New Braunfels your home? Just want to move locations within the city? Search for homes now!  Not sure what you can afford?  Talk to a lender and find out!