Keller Williams Seguin has launched a stunning renovation of a downtown Seguin building. The historic building, when complete, will become the official KW Seguin business center.

Seguin is on track to become a new San Antonio metro hot spot, and Keller Williams was drawn to the building at 200 S Austin as the site for their newest location because of exciting development of the downtown Seguin area. With large funds being invested into the revitalization of downtown, a certain kind of rebirth is occurring in this once sleepy town. Among the more recent developments and renovations have been a library, coffee shop, brewery, theater, and with the purchase of two historical hotels, a new chic hotel and a premier residential apartment complex will add to the appeal of the developing downtown vibe of Seguin. 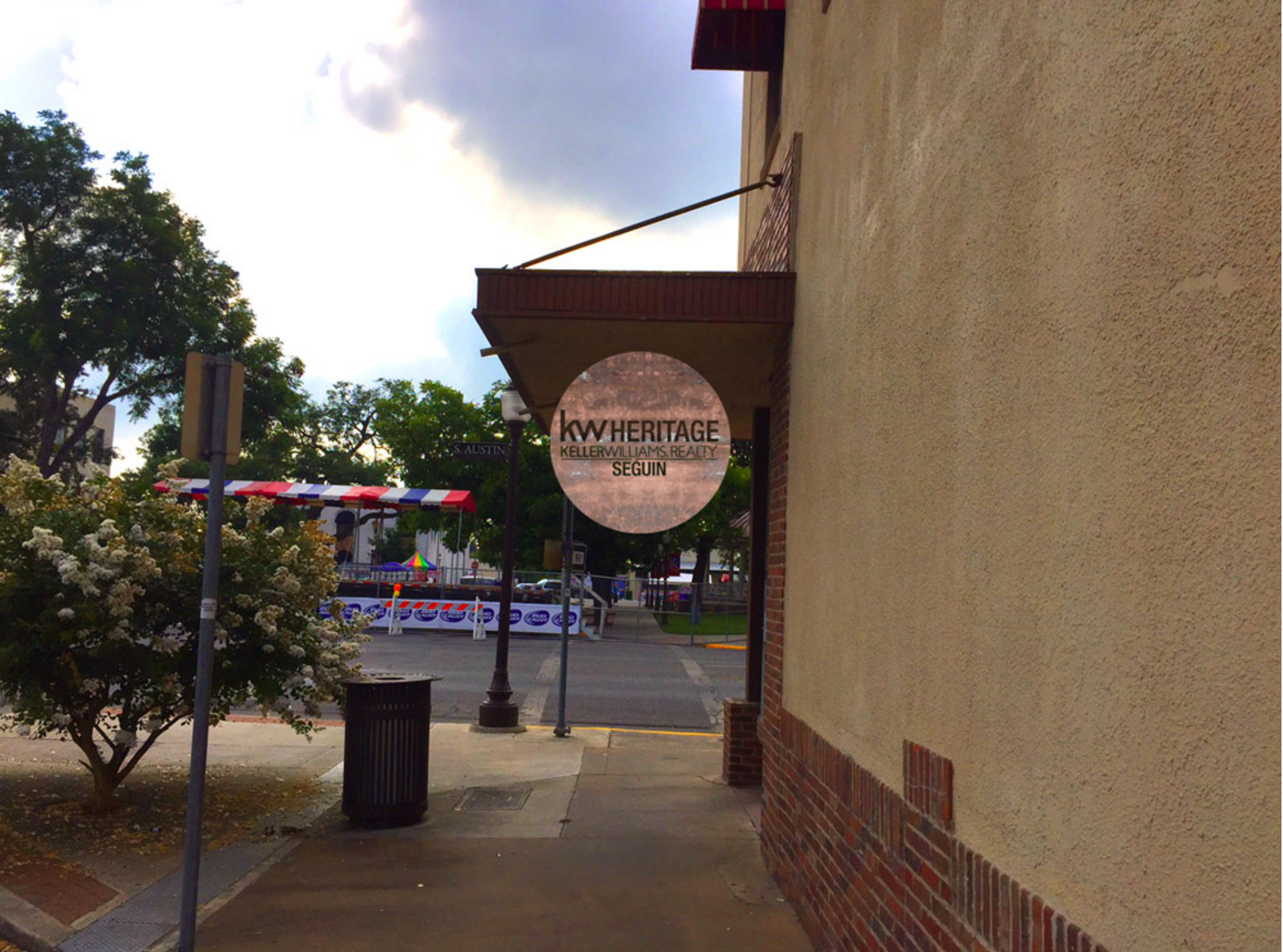 Stephanie Hornsby, Team Leader of KW Seguin and building co-owner, was particularly proud of the fact that she and co-owners Craig Owen and Darrel Kubenka lucked out on finding 200 S. Austin at the exact time they were looking to purchase.

“This particular building was perfect for us. It was the right price, right size, and right location”, recalls Hornsby. “It really fits everyone’s needs- the size gives us the opportunity to have a conference room, training room to facilitate education (which is a huge component to a KW Market Center’s initiative to facilitate the growth of their agents), and it fits all the associates in the firm.”

Another selling point for Hornsby and Owen was the fact that the top floor overlooks the square- a huge bonus in their eyes. “Downtown Seguin is exactly where we wanted to be,” says Hornsby, who is married to a native Seguinian. “It is amazing what is being done in this city. It has this high-class feeling, yet it still feels like home.” While the building may not look all that different from the outside yet, Hornsby, Owen, and Kubenka say that was the goal: to preserve as much of the history the building, built in the late 19th century, as possible while transforming it inside and out.

Originally constructed for a bank, the two-story building is full of historical architecture, much of which will decorate the new office.

“When we started the renovations we weren’t sure what we were going to find under the plastered walls, carpeted floors, and tiled ceilings,” recalls Hornsby. “As we started taking it apart we realized much of the original construction was hidden beneath.” 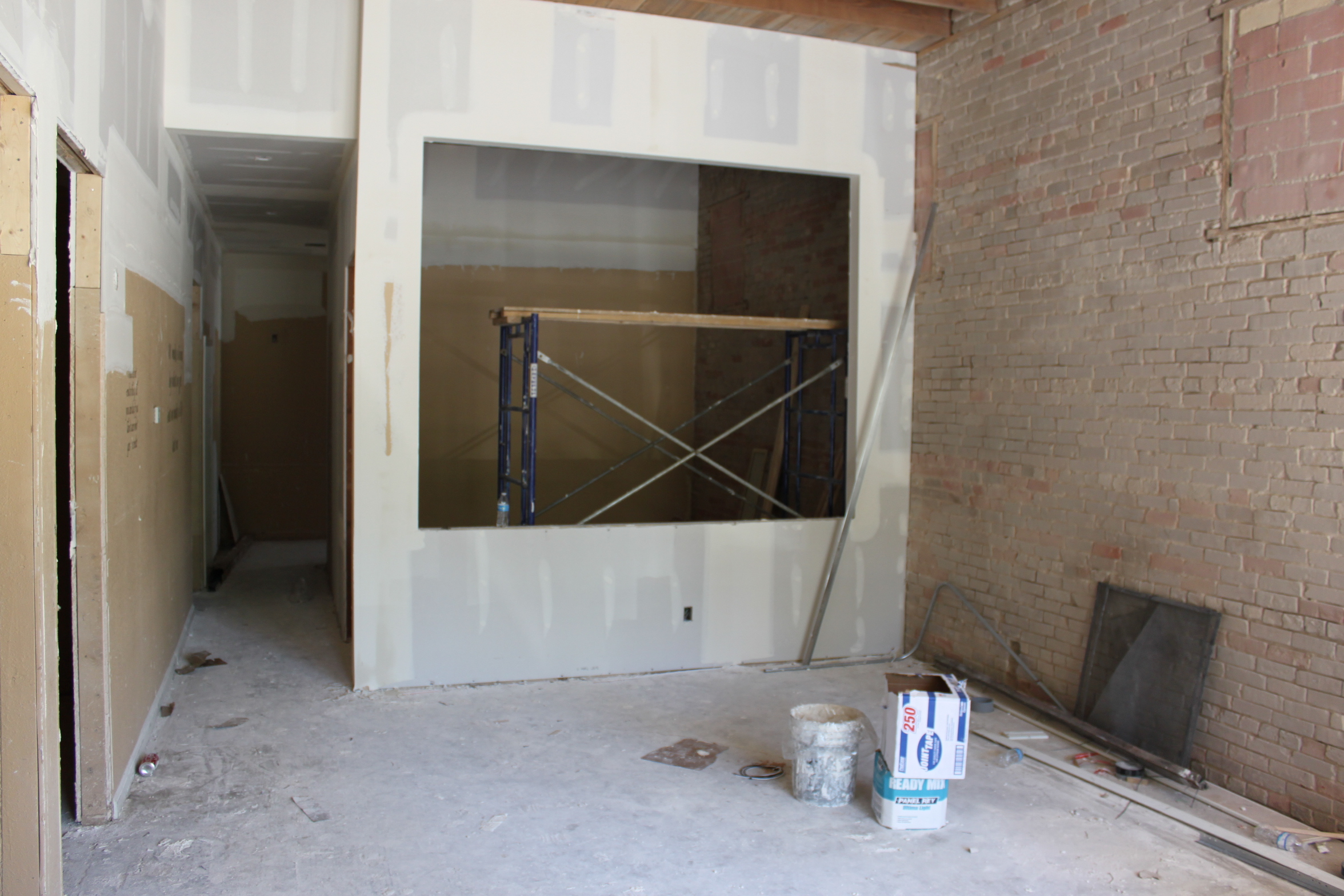 Utilizing these hidden original features in the design of the renovation, contractors have been carefully restoring the original wood floors, bead board ceilings, and exposed brick. Hornsby adds, “Everything was in great condition, and we were so excited to be able to utilize them in our design.”

A dramatic part of the renovations involve the lobby of 200 S. Austin, which will include entrances from both the side door and front doors and a glass front exterior. 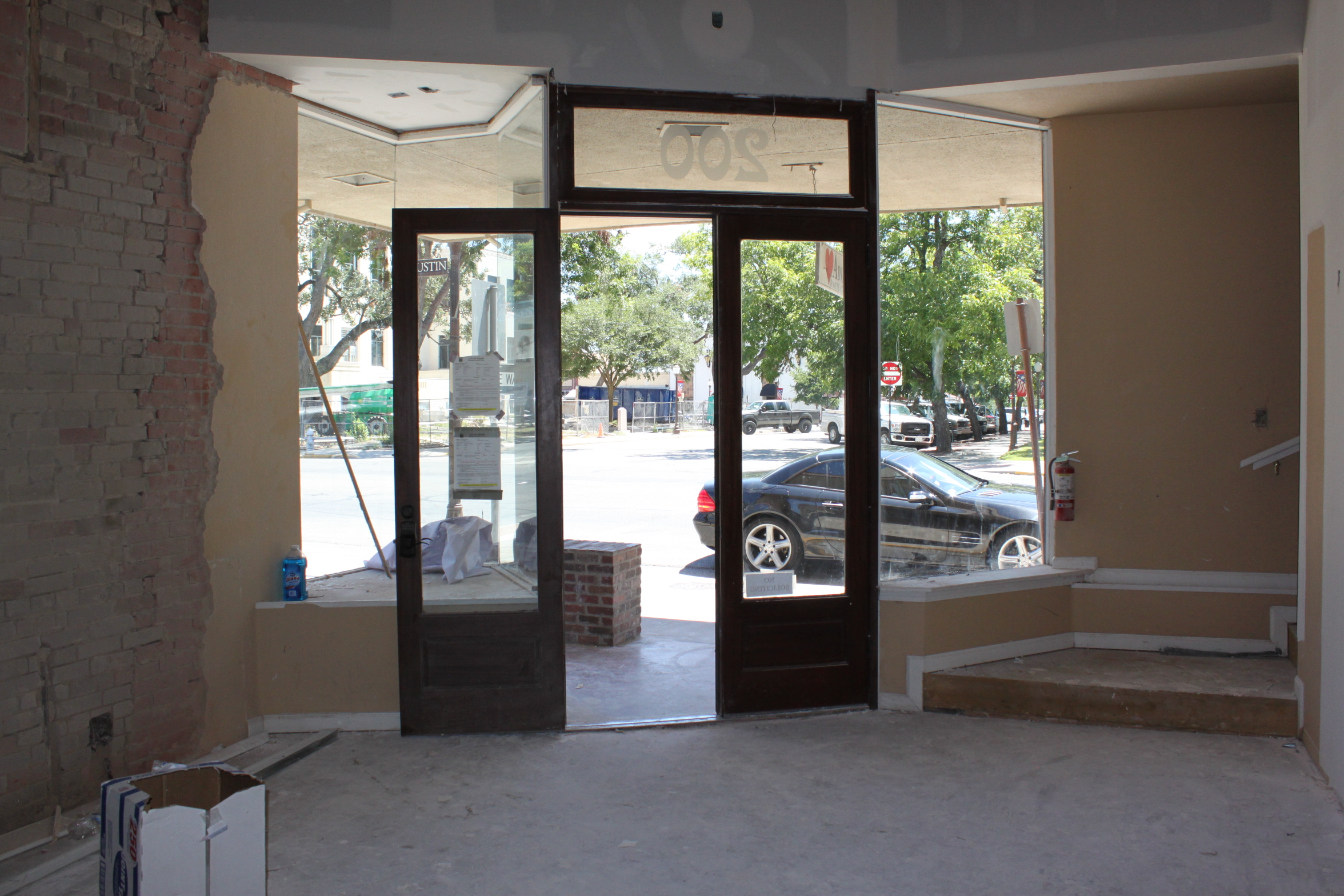 “We really wanted our lobby to portray a friendly and sophisticated environment,” says Hornsby. “We will be achieving this by always having an agent on duty there- someone the public can see and will feel comfortable approaching.”

The lobby will also serve as a space in which the brokerage can participate in community events, inviting the public in for snacks and beverages during events such as the Fourth of July parade and Farmers Market. Additionally, the glass allows the brokerage to showcase printouts of featured listings for pedestrians passing by to look at. Additionally, the exterior of the office will feature a hand painted map of Seguin and surrounding areas painted by a local artist. “We want to be able to provide an environment of attraction, as well as a resource for all of your home town real estate needs,” says Hornsby.

Construction began in May and is expected to be completed by the ribbon cutting ceremony, to be held on September 8th, 2016. Tasked with the redesign is New Braunfels-based CW Construction.

Keller Williams Seguin has about 25 associates, and currently maintains control of 20% of Seguin’s real estate market share, doubling that of the next competitor. The market center is associated with Keller Williams San Antonio, which is the 2nd largest Keller Williams brokerage in the U.S.