Back KW New Braunfel ❯ Blog ❯ ​The Tweets Are In: NB is...

​The Tweets Are In: NB is Ready for Summer

If you’ve experienced the sparkling Comal or the rough-and-tumble Guadalupe in the heat of July, you know full well: no time of year lets New Braunfels shine quite like Summer. From live concerts under the stars at the Whitewater Amphitheater to two-steppin nights at the legendary Gruene Hall, Summer in New Braunfels is a magical time...and it turns out, we aren’t the only ones who think so.

We took to the Internet (more specifically, the Twitter feed) to see what people have been saying in anticipation of Summer here in New Braunfels. The following words and images capture the perfect sentiment about Summer in NB: we’re ready!

The weather is feeling nice, the days are about to get hotter faster, and we are about to hear more calls for “sick days” than ever before, because: 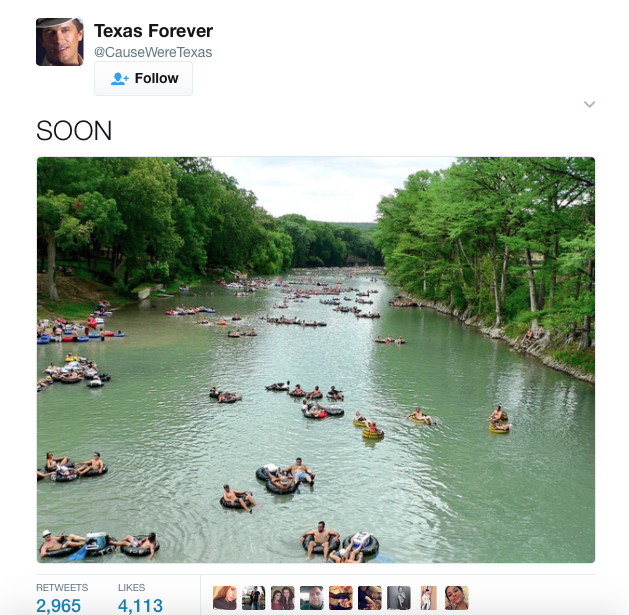 The New Braunfels Police Department just issued this statement, and I think I saw every working person in town taking an extended lunch break. 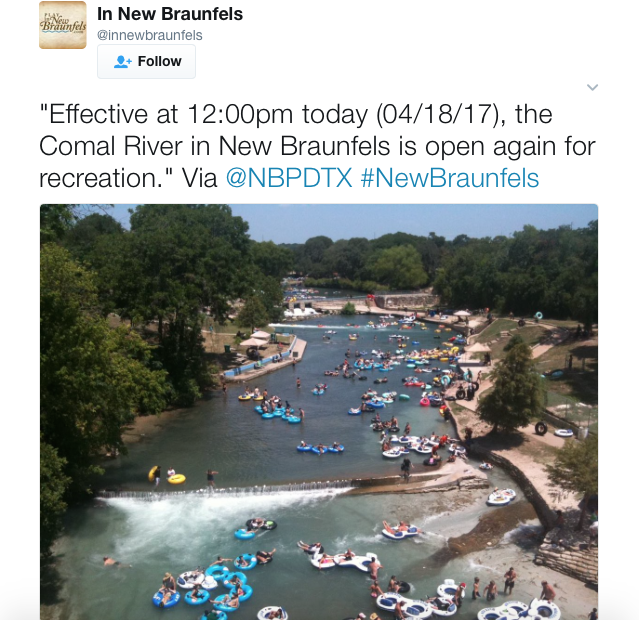 Nothing sounds as refreshing as a pint of a great German beer in Krause’s massive biergarten. I can feel the worries washing away with the first sip of delicious hefeweizen! 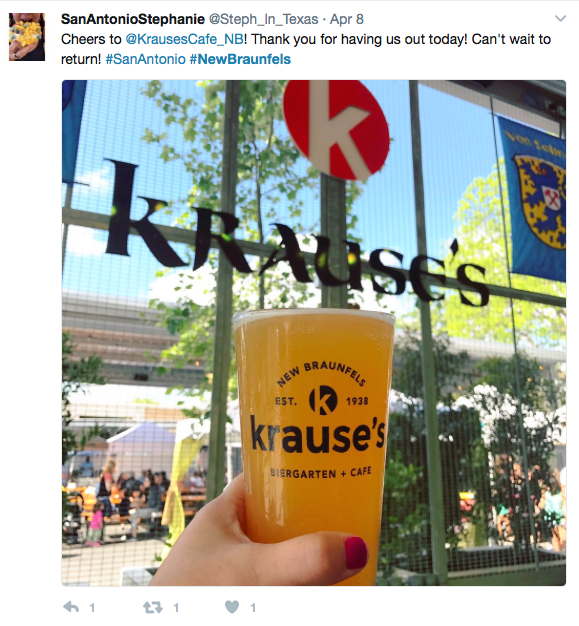 Speaking of Krause’s, I think this is the plate that will put me in a food coma by mid-afternoon...but that isn’t a complaint by any means. 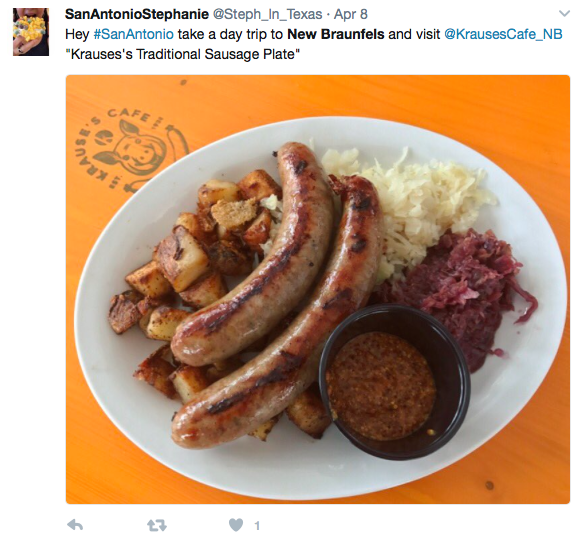 The water is clear, blue, and just begging me to jump in. This might be one of those moments I “accidentally” fall in the river. Oops. 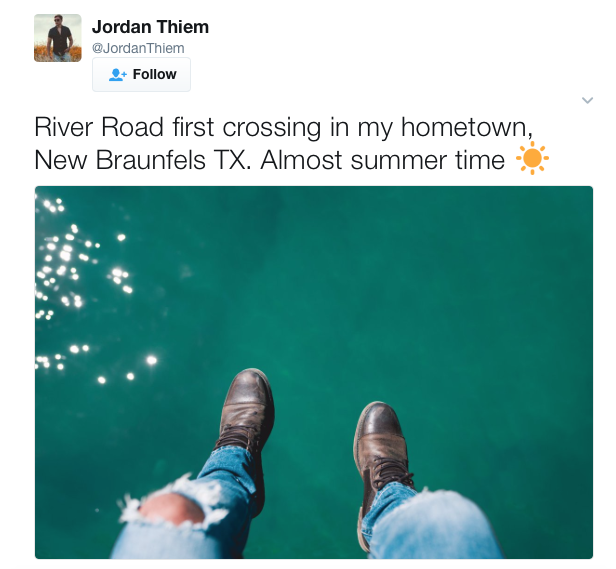 Buy enough pastries for the whole crew, but by the time you get back to the house you present them with a box of crumbs and a suspicious look.

This is an excerpt from the entire history of how the town of New Braunfels acquired settlers and increased their population since the very beginning. Emoji included.

How sure are we that this town isn’t heaven on earth? How much scientific proof do we have that this place is the literal Garden of Eden? 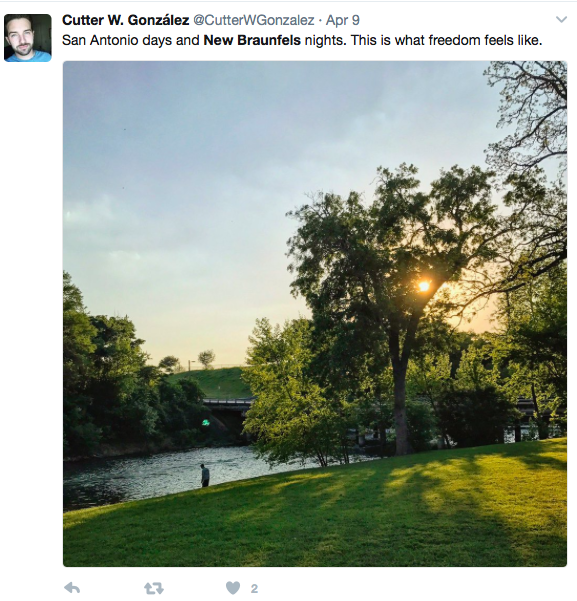 If you are planning on coming to New Braunfels for any major holidays, be sure to get those accommodations booked, and tickets for shows and events purchased. The tourists are coming!

Ready to transition from tourist to resident and make New Braunfels your year-round paradise? We’d love to show you around town...starting with this FREE Buyer's Guide created specifically for the New Braunfels buyer. Contact a lender today to see how much you can afford, and talk to a REALTOR® to get started!